Showing posts from July, 2013
Show All

In search of imprints of Buddhism: Porayar, Nagapattinam district 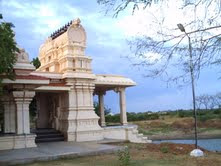 APRIL 2012 Since the time of started doing research on Buddhism - 1993 - friends, scholars and well wishers used to share the information pertaining to the Buddha they saw or heard. In such a way I got an information from Dr. B.Sundaresan, who was in charge of the Director in the Tamil University Library. He said that there was a Buddha in Poraryar of Nagapattinam district in Tamil Nadu. During my field study in Nagapattinam district I saw Buddha in Buddhamangalam, Kurumbur, Kutthalam, Perunjeri, Poompuhar and Pushpavanam. I had not been to Poraryar on field work so far. I expected the day to see the Buddha. As many of the granite Buddhas of the Chola country belonged to the later Chola period, I eagerly waited to see such a Buddha.  MAY 2012 While I went on field work to Trichy I had a chance of meeting Dr.T.Nedunchezhian, who in turn informed that his student Mr K.Vetrivelan belonged to that area and there was a chance of knowing to him about the prevalence of Buddha by him the
2 comments
Read more 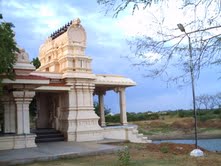