Showing posts from April, 2014
Show All

In search of imprints of Buddhism: Perandakottai, Thanjavur district DECEMBER 1999 Archaeologist Mr K. Sridharan, who was instrumental in  helping me to identify a Buddha with moustache in Mangalam , Trichy district, was one among the scholars who were helping to my research. The newspaper cli p ping of 1978 of The Mail (date not available) sent by him helped me to locate a head of Buddha statue in Perantakottai, situated on the Thanjavur-Mannargudi road, at a distance of 12 km from Thanjavur.       THE MAIL clipping of 1978 sent by Mr K.Sridharan From the newspaper clipping it was learnt that a Buddha statue of 11th century CE was identified by the State Archaeology of Government of Tamil Nadu. In the accompanying photograph a head of Buddha was found. Based on the information sent by him I went to Perantakottai (next to Kattur and Padikkolam bus stops) on the Thanjavur-Vaduvur town bus. When I enquired about the Buddha I could not get any information. I continued my enquiry and continued to walk. When I asked for Buddha the locals looked
6 comments
Read more 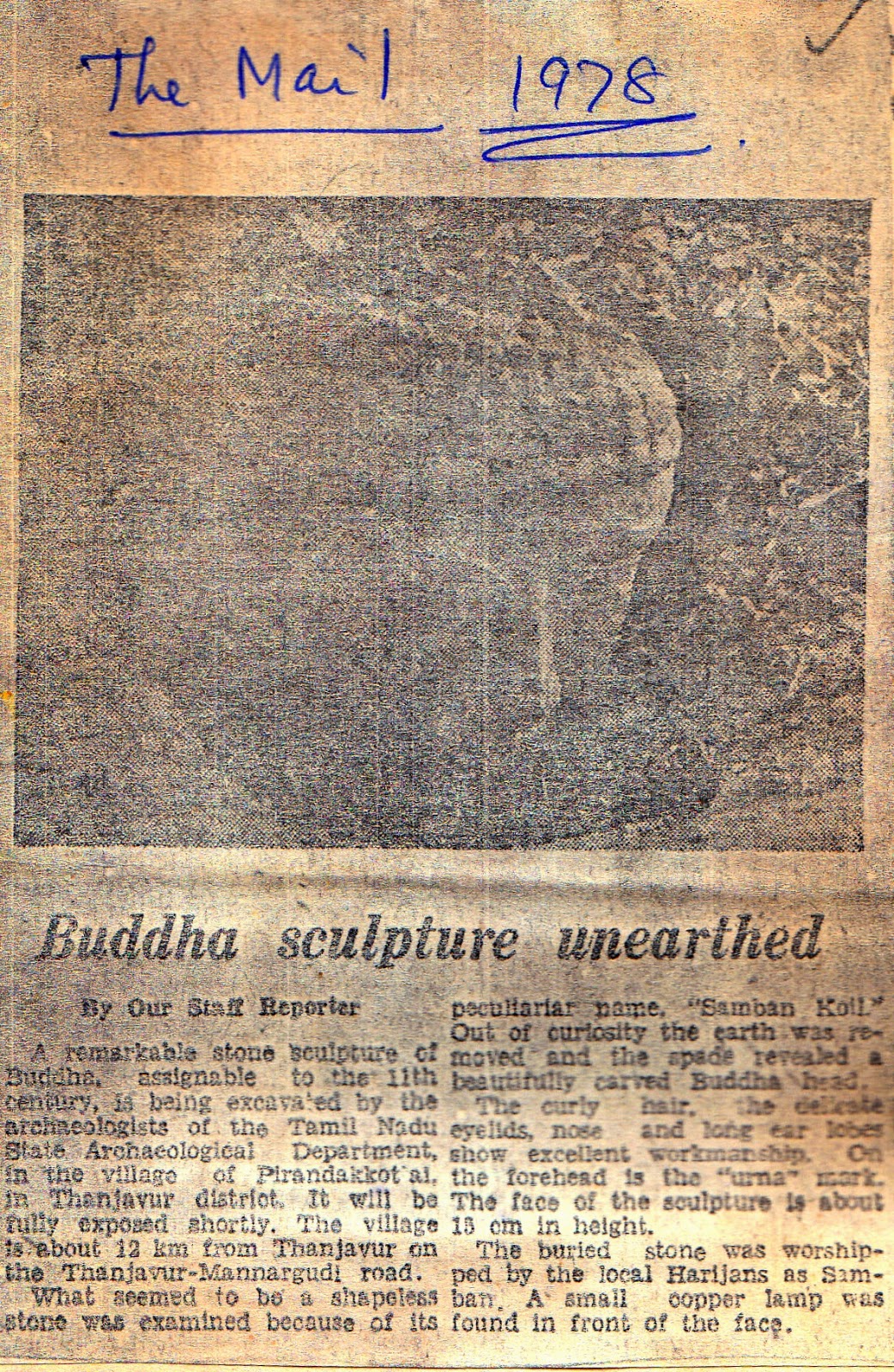