Showing posts from March, 2018
Show All

The French Institute of Pondicherry: Release of DVD on Jain Sites of Tamil Nadu 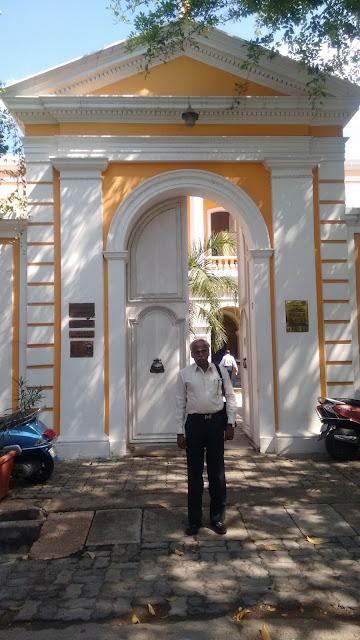 During the last week of January 2018 Mr K.Ramesh Kumar of French Institute of Pondicherry (IFP) informed me over phone that the release of the DVD  on " Jain Sites of Tamil Nadu" would take place during the first week of February at IFP campus and requested me to participate in the function. Later I got the invitation from them through email. Alongwith Mr Thillai Govindarajan I wanted to participate in the function. Due to unavoidable circumstances he could not come. On 5th February 2018, I went to IFP and participated in the function. Before going through the function proceedings, I wish to take the readers in and around IFP.  Release of DVD The DVD release function started at 3.00 p.m. The DVD was released by Isabelle de Marguerye (Deputy Consul, Head of Social Affairs, French Consulate). It was received by, among others, Svastisri Laksmisena Bhattaraka Bhattacaryavarya Mahasvamigal (Head, Melsittamur Jinakanchi Jain
7 comments
Read more
More posts