For my doctorate entitled "Buddhism in the Chola country" (Tamil University, Thanjavur, 1999)" , I went to French Institute of Pondicherry on 26 February 1999, and collected information pertaining to the Buddha statues and recorded them in my thesis. After submitting it, I went to the institute so many times. After nearly two decades, in the DVD published by the institute, the photographs of the Jain Tirtankara statues identified by me, had a place. I feel it an unforgettable experience.

The institute released a DVD entitled "Jain sites of Tamil Nadu"  in Feburary 2018. I took part in the function held in the campus of the institute at Puducherry. Mr K.Rameshkumar spoke about the speciality of the DVD at that time. In it 464 Jain Jain sites including 82 sub sites have been documented. Among others, 7,873 photographs  of temples, cave temples and dilapidated temples are found in it.

During the field work carried out for the doctorate, I went to so many places in search of Buddha statues and found many Jain Tirttankara statues. Alongwith Mr Thillai Goindarajan, who carried out the project "Jainism in Thanjavur district" (Nehru Trust for the Indian Collections at the Victoria and Albert Museum in London, New Delhi, 2010) under my guidance, many such statues were found. In November 2011, we accompanied Dr N.Murugesan and his team, and showed the statues found by us during our field study and shared the information. They were found with proper acknowledgement in the DVD. 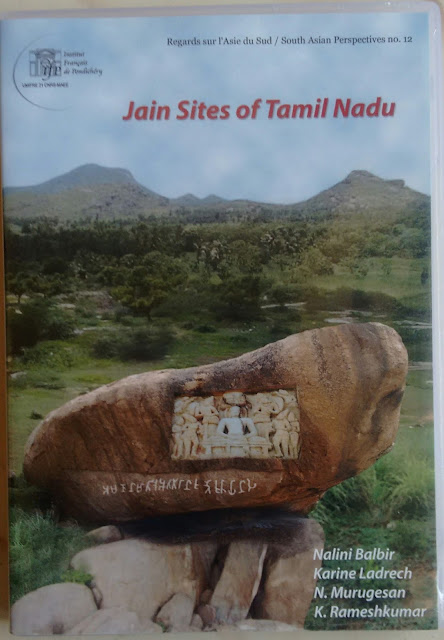 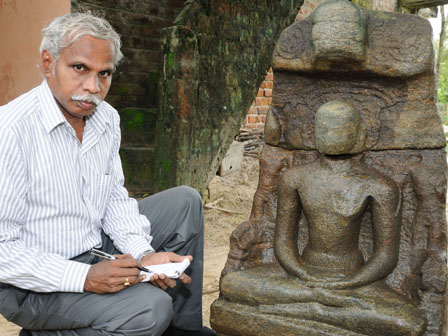 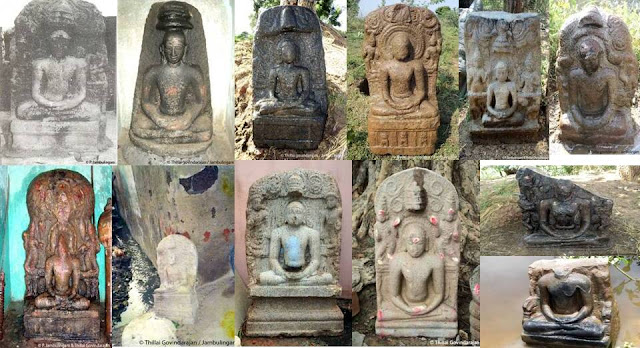